Have you ever wondered what it might taste like if you were to eat candy from the 80’s and 90’s? Jayme Kilsby’s new show documents just that, so your wondering stops here! Bad Taste, a new series, puts 20+ year old candy into one, sad man’s hands as he eats and reviews it so the world doesn’t have to. He’s not the hero we think we deserve, but he’s the hero we need.

The series was created by Kilsby and is produced by a team of Staten Islanders, Dog and Pony Show’s Christopher Olivieri, Tavis Delahunt, and Damian Thomas. The show also boasts writing support from Julianne Neely, Vin Forte, and Chris Knight.

The above episode is the first episode dropped in the series, featuring Michael Jordan Trophy Treats from 1996.

(Full disclosure, I’m the aforementioned Chris Knight, a writer on this show.)

Beneath it All: Tompkinsville's Nancy Biggs To Showcase Poetic Writings at Edgewater Hall 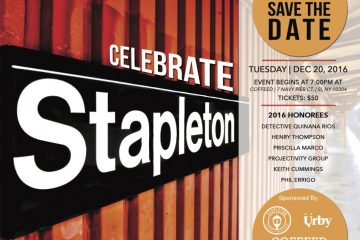