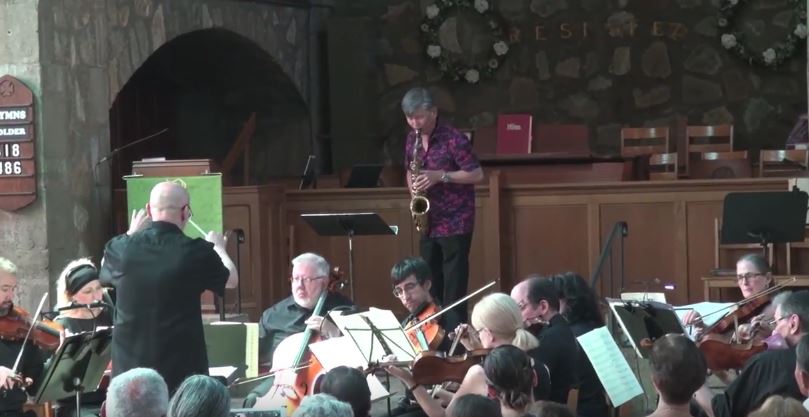 Recently, Youtuber JRG54 uploaded a few longform videos of the Staten Island Philharmonic performing from this summer. So if you have ever been curious about checking out some of Staten Island’s finest classical musicians, these videos make for a great primer.

The first offering is the SI Philharmonic from the Russian Heritage Festival on 6/30. According to JRG5:

[The performance is] under the direction of Jose Alejandro Guzman, performing a Russian Heritage Celebration : music by Borodin, Glazunov, Prokofiev and Stravinsky and features the amazing saxophonist Allen Won.

The second video features the SI Philharmonic with the Dyker Singers and Viva Voce Chorus at the Conference House last month.

If you like what you are hearing, there is an entire playlist of local musicians on offer from JRG54, including Joan Caddell and Flesh Junkies.