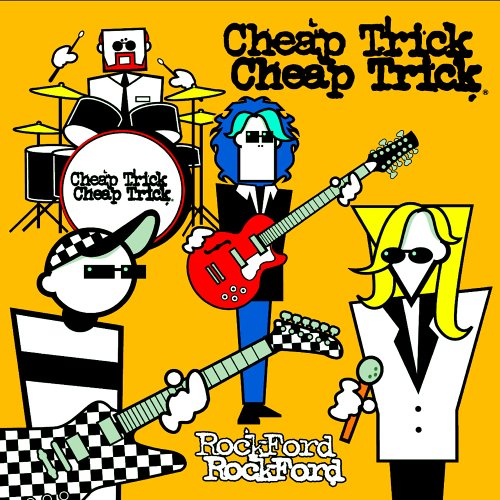 This Way on Bay designer, Rebecca, hails from Rockford Illinois where she grew up with members of Cheap Trick. Her favorite memories are Cheap Trick guitarist Rick Nielsen teaching her daughter Ashley guitar & their pot-luck dinners.

Rebecca & This Way on Bay welcomes Cheap Trick to downtown Staten Island and are excited to have Cheap Trick perform at the St George Theater on Friday September 25th. To purchase tickets, click here.

Cheap Trick was formed in 1973 in Rockford Illinois. Their were four original members Rick Nielsen, Robin Zander, Tom Petersson & Bun E. Carlo. Drummer Bun E. Carlo is not touring with the band replaced by Daxx Nielson, Rick’s son. Cheap Trick is ranked No. 25 in VH1’s’s list of the 100 Greatest Artists of Hard Rock. Their hit singles include, “Surrender” “I Want you to Want Me” “The Flame” “Dream Police” & “She’s Tight” to name a few.

Cheap Trick is known for their four decades of almost continuous touring. They have performed more than 5,000 times in dozens of countries and have toured with some of Rock n Roll greats Aerosmith, Boston, Peter Frampton, Stone Temple Pilots, Foo Fighters & many more.