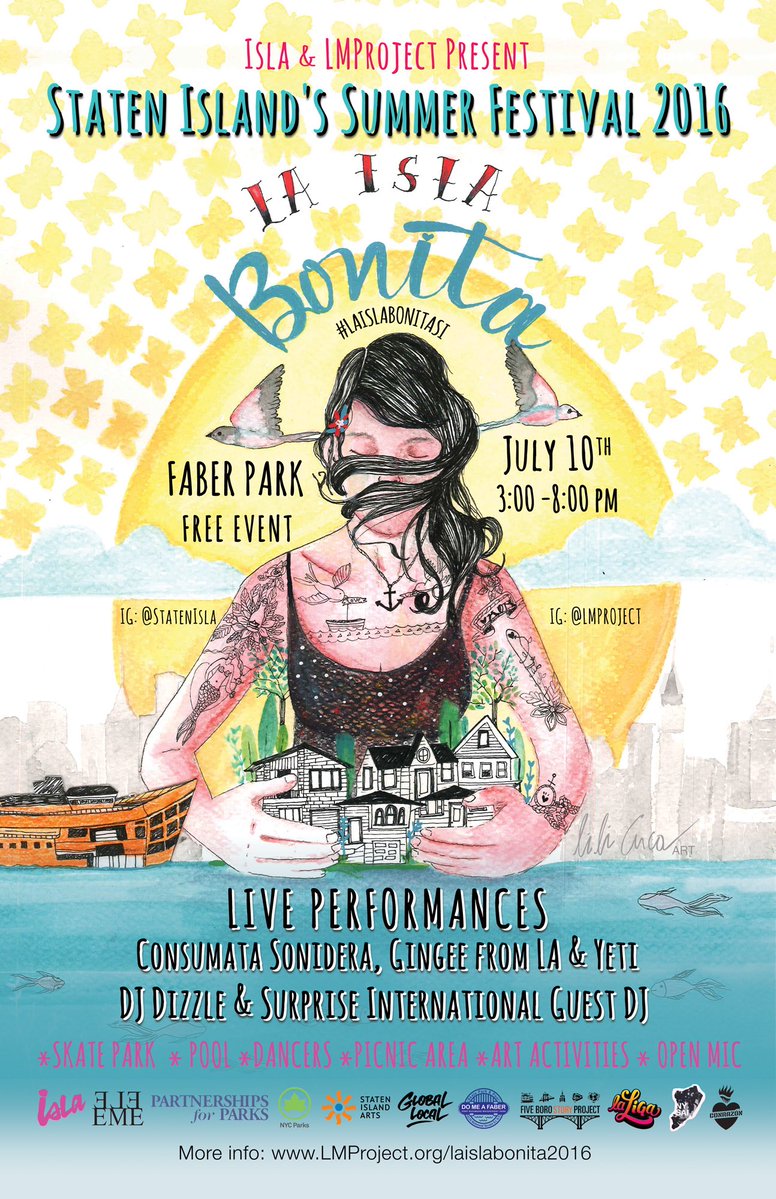 Staten Island’s North Shore has grown considerably in the past ten years. The culture, growth and art that has been added to the scene has added a New York City element of liveliness to the community. This year Staten Island’s Faber Park will be hosting La Isla Bonita Summer Festival 2016. It will take place on July 10 from 3:00 – 8:00pm.

Better yet, the event is free. The venue will include live performances by:

Faber Park will be open as well for picnic baskets & blankets, chairs, as well as activities like a zine-making by NYC-based La Liga Zine, a special “Make a Rhyme Book” station by local emcee Nani Castle who won a grant from Staten Island Arts to promote youth self-expression through rhyme books. NYSAI Press and Five Boro Story Project will host a story-circle and community open mic. IslandVoice will host a chess table. “Be Easy Yoga” will also be hosting a FREE yoga class. Tabling from organizations like Staten Island against racism and police brutality and more to be announced!

“La Isla Bonita” was born as a series of public art developed by Colombian-born, Staten Island-based artist Lina Montoya under the LMProject. In June 2014, the first piece of this series was installed at Richmond Terrace and Jewett Ave called “Mariposas Amarillas” – 18,000 yellow butterflies along the Terrace to represent migration as a symbol of a community’s evolution. The series aims to transform public spaces around the Island by involving community members in the process and continues to exist, with more than 10 pieces on display throughout the North Shore of Staten Island.

I will be attending the event and I suggest you do the same. Check it out! Staten Island is becoming what we all have worked and envisioned it to become, a place of diversity and culture. Come and be a part of the transformation!

Keep Updated With Additions & Changes To The Event, here