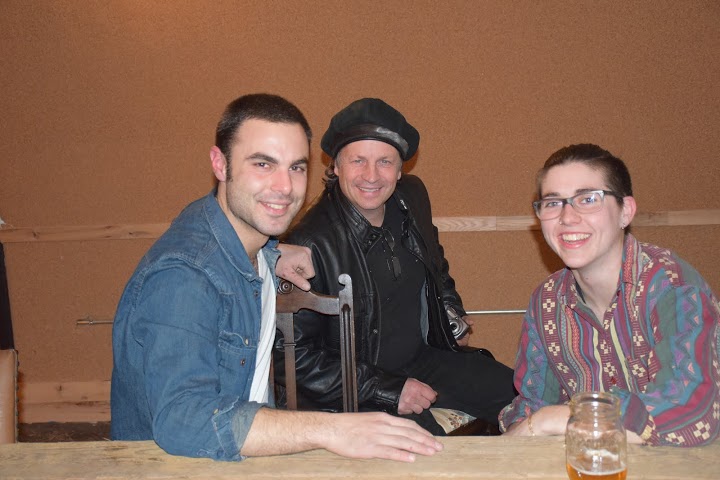 This past Friday, L.Adrian Wilton & Aaron Lenza opened the Office at 76 Bay. At their Grand Opening, I had a chance to chat with Adrian & Adam about their plans for the collaborative work space on the 2nd floor at 76 Bay & their backyard garden. The office is now open for membership and will be rented and shared with members that are starting new businesses or expanding from a home based business. The space has WiFi, kitchen, private offices & conference space. They also plan to grow fresh vegetables in the 3000 square foot garden that is part of their business at 76 Bay Street.

Aaron, is a 2nd generation contractor whose talent was evident in the craftsmanship of the newly built space. The eclectic tin ceiling was built from 2 x 2 tin recycled from the scrap yard. He shared his enthusiasm for using reclaimed materials. The tables in the common space were made from reclaimed 2 x 6 timbers from his families home & leftover laminate I Beams topped with utility grade oak flooring.

On hand at the grand opening and preparing the hors d’oeuvres was 2nd generation restaurateur Jeremy Pappalardo, partner at Pier 76 on the first floor who shared his excitement about using the gardens fresh produce and making seasonal pizza’s & organic menu.  When the garden is ready in the Spring, he will use the Swiss Chard, Arugula, Kale & Tomatoes among other freshly grown produce.

76 Bay joins other North Shore healthy local food initiatives to include Sung Harbors Heritage Farm, St George Greenmarket and the Living Roof at the SI Ferry which was recently re purposed by Adrian’s start up Living Restoration. 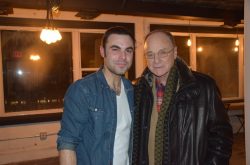 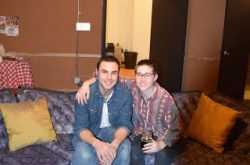 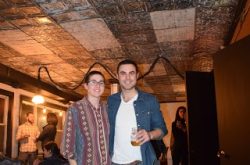 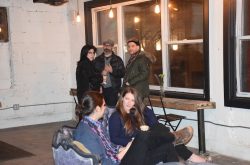 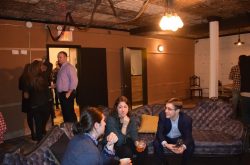 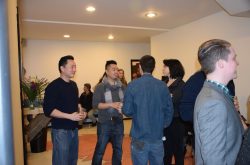