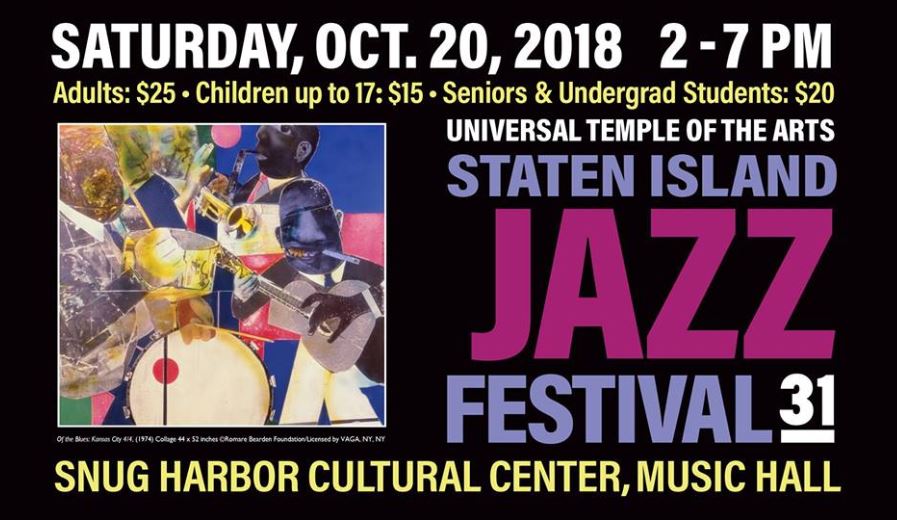 On October 20th, from 2pm to 7pm, Snug Harbor will be hosting the annual Staten Island Jazz Festival from the Universal Temple of the Arts.

The Universal Temple of the Arts works with low income families to provide creative outlets in art and music to under-served children and teens. The UTA also works with local business owners and program financiers such as Staten Island’s own Ettore Mazzei, one of this year’s honorees for the Miracle of Music program that helped provide music education to underprivileged teens.

Come out on October 20th to Snug Harbor and check out a full afternoon of some of the most eclectic music to ever grace Staten Island. You can buy your tickets here and watch the video below for some highlights from last year’s festival.