Historically the Atlantic hurricane season runs from June through November, but lately including this year, storm develops early in May. New York has been spared any devastating storms that have been hard hitting in other parts of the country. Do you know the difference between a severe thunderstorm watch and a severe thunderstorm warning and are you prepared?

A severe thunderstorm watch means that the potential exists for the development of thunderstorms which may produce large hail or damaging winds. When a watch is issued, you should go about your normal activities, but keep an eye to the sky and an ear to the National Weather Service’s weather radio or local radio and television stations for further updates and possible warnings.

A severe thunderstorm warning, on the other hand, means that a severe thunderstorm is occurring or is imminent based on doppler radar information. You should move indoors to a place of safety. Schools should think about delaying departure of buses, and should take quick action to delay outdoor sports activities, etc.

The term severe refers to hail that is dime size, 0.75 inches in diameter or larger, and/or wind gusts to 58 mph or more. Although lightning can be deadly it is not a criterion for what the National Weather Service defines as severe since any ordinary thunderstorm can produce a lot of lightning. Also, excessive rainfall may lead to flash flooding, but heavy rain is not a criterion for the term severe. Severe strictly refers to hail at least 3/4 of an inch in diameter or wind gusts of at least 58 mph.

If hail golfball size or larger is falling, it indicates that a storm is very well organized and likely has a rotating updraft. Any storm producing giant hail should be watched closely for signs of a possible tornado. 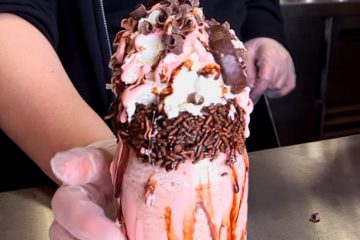