The North Shore of Staten Island has been home to great beers for over 150 years. Below is a list of local establishments where you can find great craft beers on Staten Island’s north shore:

Flagship Brewery is Staten Island’s only Brewing Company and sells & serves draft beer. Their tasting room also aka beer hall  is used for shows to include live music & comedy. They brew four beers & seasonal beer. Below are some brief descriptions:

An American style pale ales are defined by the use of American grown hops. The hop profile of Flagship APA includes an upfront bitterness complemented with citrus and pine-like aromas followed by a small burst of tropical fruit.

A nod to the time-honored Belgian style ale, Flagship American Wit is a refreshing, light bodied wheat beer. Prized hops from America’s Northwest region give this ale a citrusy flavor that blends with the subtle undertones of our hand ground spices.

The British Mild is a popular session ale known for a soft hop character and lower alcohol content. While holding true to these classic guidelines, Flagship Dark Mild is nearly black   in color due to a complex malt profile that’s bursting with flavor.

Flagship Brewery’s “Metropolitan Lager” features toasted Vienna and Rye malt. Full bodied with smooth flavor and texture in part from the Rye, floral noble hops are added in abundance for aroma and flavor. This Lager is smooth, clean, crisp and exceptionally balanced.

Which is your favorite spot to grab great beer? Are there any beer options that we’re forgetting? Let us know in the comments! 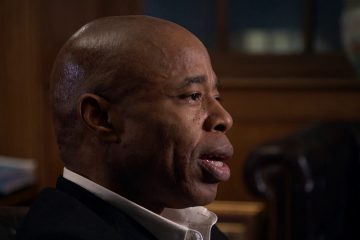 Coronavirus: Like Getting Hit With A Brick In The Area Of Health & Wealth