Editor’s Note: The following is an excerpt from Hidden History of Staten Island by Theresa Anarumo and Maureen Seaberg.

He famously led the battle of The Alamo in 1836 near San Antonio, Texas. There, fifteen hundred Mexicans annihilated just two hundred American forces including Davy Crockett and Jim Bowie. “Remember the Alamo!” is a rallying cry remembered even today.

Some 20 years after that infamous battle, he was welcomed to Staten Island by Governor Daniel Tompkins, whom he had previously hosted in luxurious style on a visit to Mexico. Santa Anna lived in the borough for a decade from 1865 to 1875, making plans to return to power (which were never successful) and playing a role in the start of the chewing gum industry.

Here he came to know the inventor, Thomas Adams. Adams was intrigued by the field rations still carried by the general – among them, chicle, or gum from the sapodilla tree, which Mexican soldiers chewed in the field. Ultimately, Adams would flavor them and roll them into little balls and sell them at local pharmacies, citing health benefits like improved digestion and stress reduction. Sales grew such that he opened a factory for the sweets in New Jersey and later on Staten Island itself. Adams Chewing Gum was born and an industry which today is valued at $19 billion followed.

According to History.com, Santa Anna once staged a funeral for his amputated leg: “Two years after the 1836 Battle of the Alamo, Santa Anna led a makeshift army against French forces who had invaded Veracruz, Mexico, in what has been called the Pastry War After the general was severely wounded by grapeshot fired from a French cannon, doctors were forced to amputate his leg, which Santa Anna buried at his Veracruz hacienda. After he once again assumed the presidency in 1842, Santa Anna exhumed his shriveled leg, paraded it to Mexico City in an ornate coach and buried it beneath a cemetery monument in an elaborate state funeral that included cannon salvos, poetry and lofty orations. Santa Anna’s severed leg did not remain in the ground for long, however. In 1844, public opinion turned on the president, and rioters tore down his statues and dug up his leg. A mob tied the severed appendage to a rope and dragged it through the streets of Mexico City while shouting, ‘Death to the cripple!’”

Santa Anna moved to Mexico City from Staten Island to write his memoir and died a year later. In his autobiography, The Eagle, the former general painted himself as a simple man with the best interests of his people at heart, not as the tyrant in the way others described him.

His biographer Will Fowler wrote in Santa Anna of Mexico (Bison Books, 2009), “…He was courageous and he risked his life for his country…He was also notoriously corrupt and amassed a formidable fortune at the height of his career by lining his pockets with government funds. He was charismatic and charming. He was also forceful and ruthless…” Fowler concludes that he was an intelligent and contradictory man.

The San Jacinto Museum describes him this way: “While eccentric and arrogant… Santa Anna was nothing if not astute. His heavy-handed tactics in the Texas Revolution were a function of his training. And his political shifts showed his mastery of reading the political tea leaves rather than a penchant for disloyalty.”

Ettore grew up working in the restaurant & catering business from the age of 12. He graduated from the College of Staten Island with a Bachelors in Mathematics & Finance in 1985. In 1986 he started chez vous caterers from the basement of his home in Dongan Hills. In Oct 1987 he rented the first floor of Edgewater Hall at 691 Bay Street. A few years later he added the party rental division to chez vous. In 1997 he purchased Edgewater Hall and renovated the lofts on the second & third floor making them party spaces. Shortly thereafter he purchased from his tenant the cellar bar creating Dock Street Underground a live music venue. With real estate prices increasing in NYC, Ettore expanded to the Catskill Mountains and purchased Shandelee Lake Inn, a 1860 dutch barn and the first mansion built in Liberty NY and restored them. His creative projects include his CD Sweet on You, his book, It’s Your Right to be Fit, Sexed, and Happy, So Claim It, and he is developing a TV series called Business Underground. He is a partner in Hanz On Music, an R&B / Hip Hop record label. Their latest project method Man presents Hanz On, includes the single “Shining Star” which is available on iTunes. Their next project The Meth Lab is Method's Man next album. His publishing company, Relationship Ed Publishing has released, you jump i jump and will be releasing will be releasing Healthy Relationships 101:The Book

Latest posts by Ettore (see all) 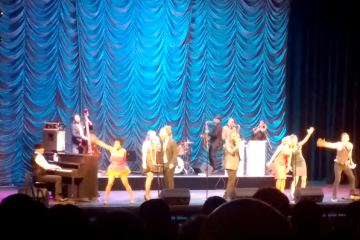