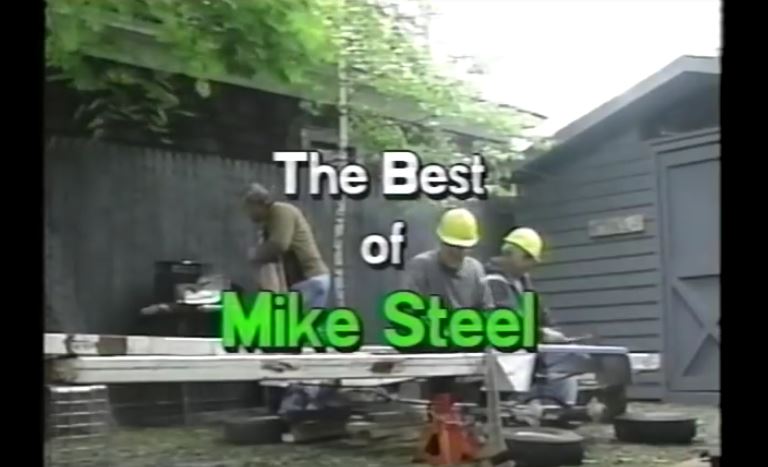 Look, I know what you want. It’s no secret that we all wish we could go back and record marathon blocks of old CTV (Staten Island Public Access) footage. That so much of it has, sadly, been lost to time. That whomever is the first to come forward with those old call-in games from channel 35/57 will rightfully be heralded as a savior of Staten Island nostalgia.

While this is not exactly the heights of finding a torrent of industrialTELEVISION, to a certain type of Staten Islander, this is just as big of a find.

The Mike Steel Show was a vlog-style show that aired around the mid-late 90s (and even into the early 2000s) involving a gentle and lively man, Mike Steel, and his small scale adventures around Port Richmond. Episodes included: making spaghetti sandwiches, investigating the destruction of the butterfly bench, filming a forth of July block party, showing off his shirt drawer, building a bird feeder, going on vacation, and generally palling around with his best friend Larry.

I’m well aware that if you have no idea what I’ve been talking about for the past few paragraphs, then the charm of this is completely lost on you and God bless. But trust me when I say that there are more people than you would imagine who will see this and immediately get wistful about the time they were home on a Saturday and watched a couple of old men build a bird feeder.

For those people, this recently uploaded hour long video by Mike Notofrancesco is for you: