Last June, CBS 2 reporter Elise Finch ran a story asking New Yorkers if Staten Island is turning into the “new Brooklyn” and shedding its reputation of being the “forgotten borough?”

Staten Island’s North Shore will be transformed once the $2-billion St. George Waterfront Redevelopment Project is complete in 2018. Millions of people are expected to visit the new attractions, especially the Empire Outlets and the New York Wheel.

In addition, the Lighthouse Point residence in Stapleton, offers the same living experience as Williamsburg or Hoboken, but with brand new buildings with a ton of amenities for much less money.

Borough President James Oddo said, “What we are historically is a bedroom community that in certain corridors will now be the home of a cool, hip, clean, safe diverse waterfront community.”

Some people interviewed are welcoming, and encourage people to move here because Staten Island is a good place to live, it’s homey and everyone knows each other. Brooklynites disagree, claiming Staten Island will never be as diverse as Brooklyn and should just be ourselves.

This story raises interesting and important questions about the heritage of and future identity of Staten Islanders.

Do we even want to become the new Brooklyn?

Let me know what you think. 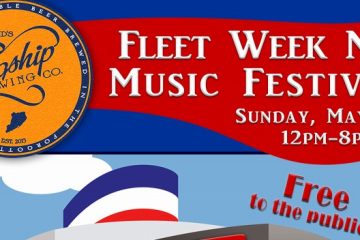