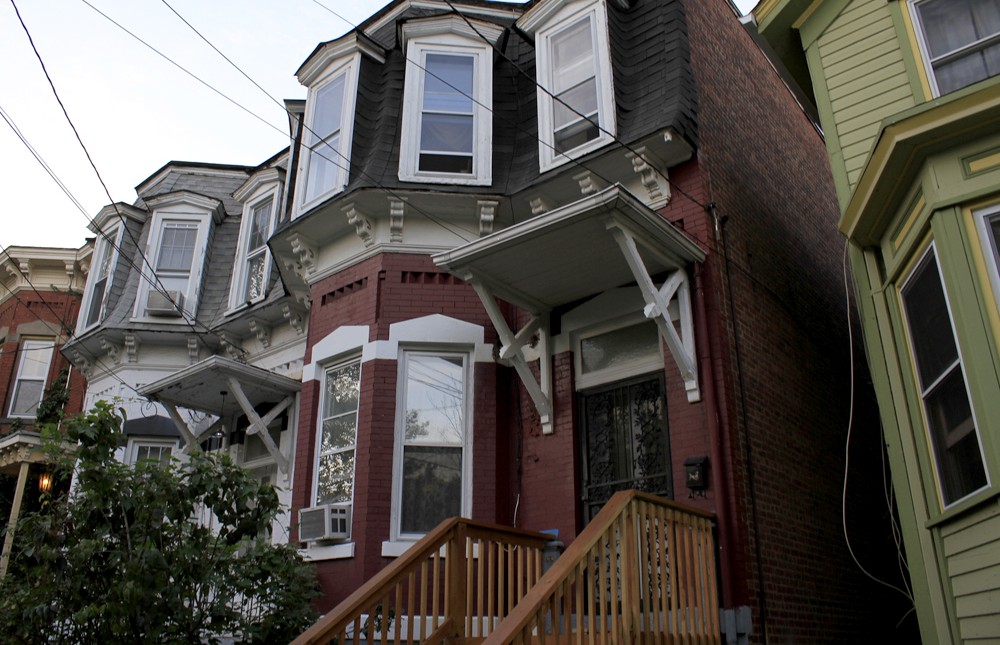 Harrison Street, often referred to as “The Nook,” was developed roughly between 1840 and 1900. it is a charming block worth exploring. Visit 6tocelebrate.org, a website of the The Historic Districts Council and is the voice for all your favorite historic neighborhoods.  Since 1971, HDC has been a vital force helping to protect historic neighborhoods and buildings throughout the five boroughs.

Harrison Street, an enclave of diverse residential architecture, lies within the Stapleton neighborhood of Staten Island. Stapleton was established in 1835 when State Senator Minthorne Tompkins and New York businessman William J. Staples (after whom the neighborhood is named) purchased two farms. In 1836, the men arranged for the establishment of streets and 395 building lots on the large parcel, and that same year several houses and a hotel were constructed. In 1831, the Seaman’s Retreat and Hospital Fund, devoted to the care of merchant sailors, was established on a forty-acre site on Bay Street and Vanderbilt Avenue. Its main building, a large Greek Revival structure built by Abraham Maybie in 1834-53, and the Physician-in-Chief’s Residence of1842 are designated landmarks, though today much of the campus is in disrepair. Staples and Tompkins also founded a steam ferry service to Manhattan to attract development. By the mid- to late-19th century, Stapleton had a thriving commercial district. While some of Harrison Street’s early residents worked in Manhattan, the majority worked in Stapleton as shopkeepers, contractors, developers, carpenters, lawyers and politicians.

Read More on Six To Celebrate