Home»Lifestyle»Art on Bay»Film on Bay»WATCH: Richmond City Media’s Teaser Trailer for “The Nothing”
Film on Bay

The Nothing is a horror film that plays on our innate fear of the darkness and our wild imaginations. The film follows a young protagonist who thinks he is home alone, but gradually realizes there may be something else with him.

“Sometimes, even on a sunny day, the mind can play tricks and leave us with our projections sculpted by outside influences,” said Steven Gatti, the Director of Photography. “What we tried to do was really capture those moments visually.”

The teaser trailer may not look like much. However, the creators of the film can attest that there’s more to “The Nothing” than meets the eye.

“Remember that feeling when you were little, and you ran up the basement stairs after shutting the light behind you?” said Melissa Pellicano, the film’s director and editor. “Well, ‘The Nothing’ isn’t your typical horror/suspense flick.”

In order to make “The Nothing” into something, Gatti and Pellicano have kicked off an Indiegogo campaign to raise funds for production costs. So far, they’ve reached a quarter of their goal after launching their campaign just two weeks ago.

To learn more about “The Nothing” and to stay up to date on the film’s progress, check out Richmond City Media’s website. You can also follow the film’s Instagram  and Facebook page for more.

Check out their Indiegogo campaign, here 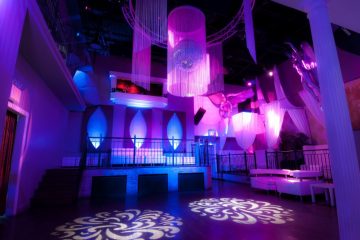 Film on Bay/Music on Bay