It’s always both a pleasure and a nice surprise when you spot locations of where you live popping up in movies and television shows. I have personally noticed Wagner College and Edgewater Hall on Staten Island being prominent locations for School Of Rock. More recently – the Staten Island Ferry is stepping into the spotlight in the newest Spider-Man: Homecoming trailer.

In the trailer Spider-Man boards the Spirit of America ferryboat mid-journey to stop what looks like a hijacking, but don’t quote me! He is then met with despair after the Vulture, played by Michael Keaton, rips the boat in half and it’s up to the Spider to keep it together. Why are you letting me tell you? Watch it for yourself above! Along with the Staten Island Spirit of America Ferry – the Verrazano Bridge can also be spotted in the newest trailer.

Spider-Man: Homecoming is set to open in theaters on July 7th of this year, while a sequel is already planned and scheduled for July 5th of 2019.

It’s also worth mentioning that this new trailer puts cars back onto the ferry boat – as if that’s a real thing people can do today. Spoilers: They cannot. 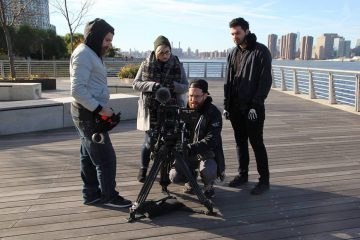