Home»Featured»Learn About IDNYC, An Identification Card for NYC residents
Featured

All New York City residents age 14 and older can get an IDNYC card. There are currently 12 enrollment centers throughout the city and pop up centers.  The one enrollment center in Staten Island is located at the Business Center 350 St Marks Place. Applicants must complete an application and submit it at an IDNYC Enrollment Center. After you apply for the card, it will be sent to you in the mail.

The IDNYC card is free for all New Yorkers who apply during the first year of the program, until December 31, 2015. Cards are valid for five years from the date the application is approved. The application process is accessible to people with limited English proficiency and people with disabilities.

The IDNYC card is an accessible and secure document that enables residents to access City services and grant admission to City buildings, such as schools. In addition, the card can be presented as proof of identification for interacting with the police and is an accepted form of identification for opening a banking account at select financial institutions.

You are able to use your IDNYC card at any public library in New York. The card can be integrated with your account at the New York, Brooklyn, and Queens Public Library Systems. This is the first time a single card can be utilized across all three systems.

Furthermore, a number of additional benefits are available to IDNYC cardholders including the opportunity to sign up for free one-year memberships at 33 of the city’s leading museums, zoos, concert halls, and botanical gardens. The IDNYC card offers a full package of exciting benefits that includes discounts on movie tickets, prescription drugs, fitness and health centers, supermarkets, and New York City attractions. 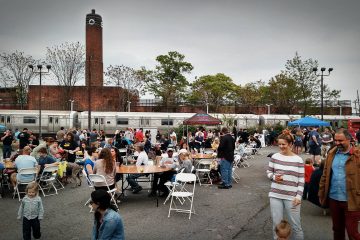