Google has so many products at this point that keeping track of them all is no small chore. That’s why many people have no idea that Google has a software called Timelapse, that you guessed it, creates time-lapse images from google maps. Timelapse was created using the Google Earth engine, which means the time-lapse functions like everything else on Google Earth/Maps.

Today, Google posted a blog celebrating the fact that Timelapse had been updated. Here’s what was included in the update:

In 2013, we released Google Earth Timelapse, our most comprehensive picture of the Earth’s changing surface. This interactive experience enabled people to explore these changes like never before—to watch the sprouting of Dubai’s artificial Palm Islands, the retreat of Alaska’s Columbia Glacier, and the impressive urban expansion of Las Vegas, Nevada. Today, we’re making our largest update to Timelapse yet, with four additional years of imagery, petabytes of new data, and a sharper view of the Earth from 1984 to 2016.

Below, we’ve created an embed of Google’s timelapse map of Staten Island. It’s interesting to see events like the construction of Richmond County Ballpark and the renovation of Fresh Kills happen in the blink of an eye. Unfortunately, these maps only date back to 1984, but you can find older aerial maps of Staten Island over on Historical Aerials, here.

Feel free to zoom in and out of different areas. If you’re interested, you can watch how NYC and the entire rest of the world have developed, but who wants to see more than Staten Island? 😉 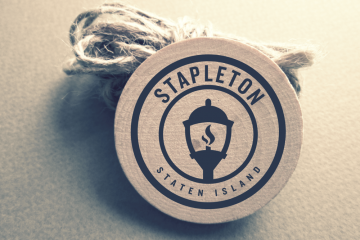 Art on Bay/Lifestyle/Things to Do