This June, SI Arts and Design Trust for Public Space are teaming up to present Court Yard Fridays: A weekly event hosting music performances on four consecutive Fridays in June 2018, in the courtyard between the Staten Island Borough Hall and the old Supreme Court in St. George.

This concert series brings together pioneering music legends of varying genres representing cultures from around the world:

“Located directly across the street from the Staten Island Ferry, the Richmond County Courthouse – a beautiful example of neo-classical, 20th century architecture – will come to life at our four multicultural concerts featuring international music stars and local talent. We invite commuters, workers, neighbors, and visitors to join us,” said Kevin Washington, organizer of Court Yard Fridays.

You can learn more about Court Yard Fridays over on the SI Arts site and see a full listing of performances below. 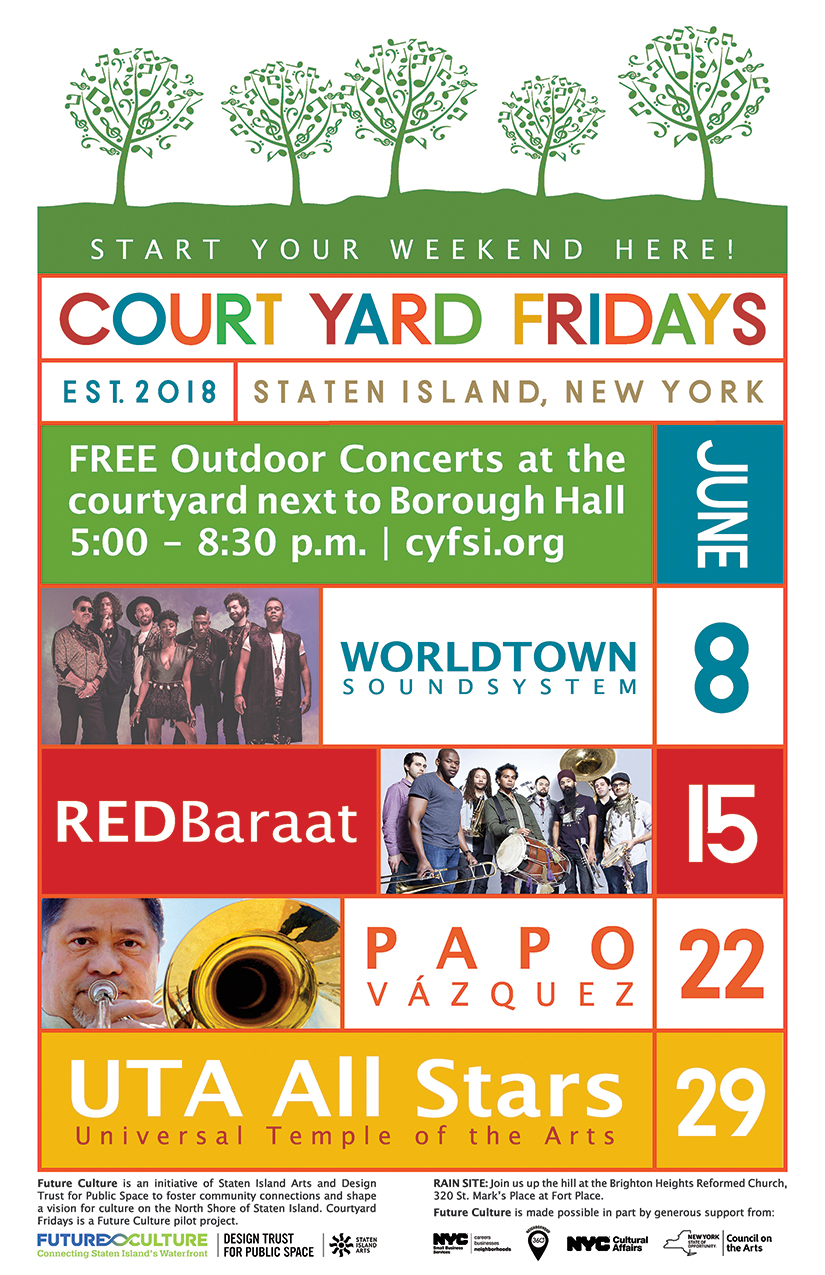