This past week, the Mannequin Challenge has been taking the internet by storm. In case you haven’t seen it yet, #TheMannequinChallenge is a video taken of a group frozen in action while doing various activities as the song “Black Beatles” by Rae Sremmurd plays in the background.

Since it started trending earlier this month, professional sports teams, celebrities, and even politicians have been uploading their own versions of the Challenge. The team at Impractical Jokers were the most recent #MannequinChallenge participants, sticking to the general theme of the other videos while still managing to add their own twist.

The members of the Impractical Jokers production team are no strangers to challenges. In fact, that’s what their TruTV show is all about. Now in it’s fifth season, Impractical Jokers follows a comedy troupe called The Tenderloins as they challenge one another to prank unsuspecting victims in public. The comedians don’t know the full details of their pranks until they’re unleashed onto the public, and the shenanigans are recorded on hidden cameras.

The main cast of characters on Impractical Jokers all hail from Staten Island, including Geoff Celis, the Director of Photography who filmed this Mannequin Challenge entry. 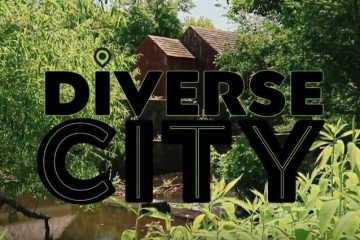