The newest video from Staten Island drone master, UnitedWeFlyGuy, is a long one. The clip which collects numerous angles of Westerleigh from the sky, and filmed over 3 months between Jan 2016 & April 2016 for the Westerleigh Improvement Society, clocks in at over 17 minutes long.

So, throw this one up on your Chromecast, pour yourself a nice glass of pinot noir, sit back, and take in the gorgeous views of Westerleigh from he sky. It is Memorial Day Weekend after all. (If you don’t have a Chromecast, you should get one. It’s a device that works with your phone to basically turn your regular TV into a smart TV via HDMI. )

Speaking of Memorial Day weekend, here’s a fun fact about Westerleigh from Wikipedia:

Westerleigh first attracted notice when a temperance group, the National Prohibition Campground Association, bought 25 acres (10 ha) of land there in 1877, and named the property Prohibition Park — noted chiefly today for the fact that the official climate records for Staten Island are compiled at the site. Many of the local streets are named after early leaders of the Prohibition movement (Neal Dow, Clinton B. Fisk), or for states that supported anti-liquor laws (such as Maine and Ohio). 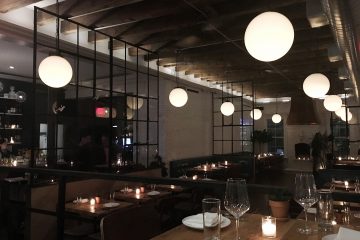