In this video, 1495 Sports interviews Staten Island Yankees outfielder Jeff Hendrix about life in the minor leagues, how he got this far, and what it means to play for the New York Yankees organization.

Here’s what Baseball blog, Prospect Insider, had to say about him:

“He’s one of those kids you try really hard not to take for granted,” said an area scout of one National League club. “There is a lot to like there; it’s a package that intrigues because the weaknesses aren’t so weak and he brings a lot to the table.”

Hendrix, who was selected by the Kansas City Royals in Round 39 a year ago as a draft-eligible sophomore, knew this was a big year for him, yet he was able to stay focused, stay within himself and help the Beavers to yet another successful campaign.

“To some extent it’s always in the back of your mind,” Hendrix said of the draft. “You always want to stay focused on helping your team, but the draft is always back there (in your mind.).”

Hendrix’s performance suggests he staved off distraction. The 6-feet, 195-pounder possesses the physical traits of a big-league player. “It seems every look he did something noteworthy,” the scout added. “At one point I started wondering if I was good luck for him.”

Hendrix spoke of those streaks where things are just working at the plate saying “the ball does seem like it grows in size… and when things aren’t going the way you want them to, it seems like it shrinks.”

Apparently the baseball didn’t reduce in size much for Hendrix this year. He batted .339/.446/.534 with six home runs, five triples and 15 doubles in 58 games this season. He struck out 39 times and drew 38 bases on balls.

You can catch Jeff on the field at the remaining Staten Island Yankees games. The Yanks’ schedule runs through September 9th, where they close out the season against the Brooklyn Cyclones at MCU Park in Brooklyn.

Dog and Pony Show Has Relaunched, Here's What You Can Expect 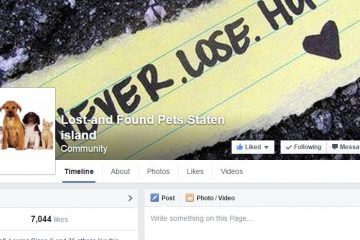