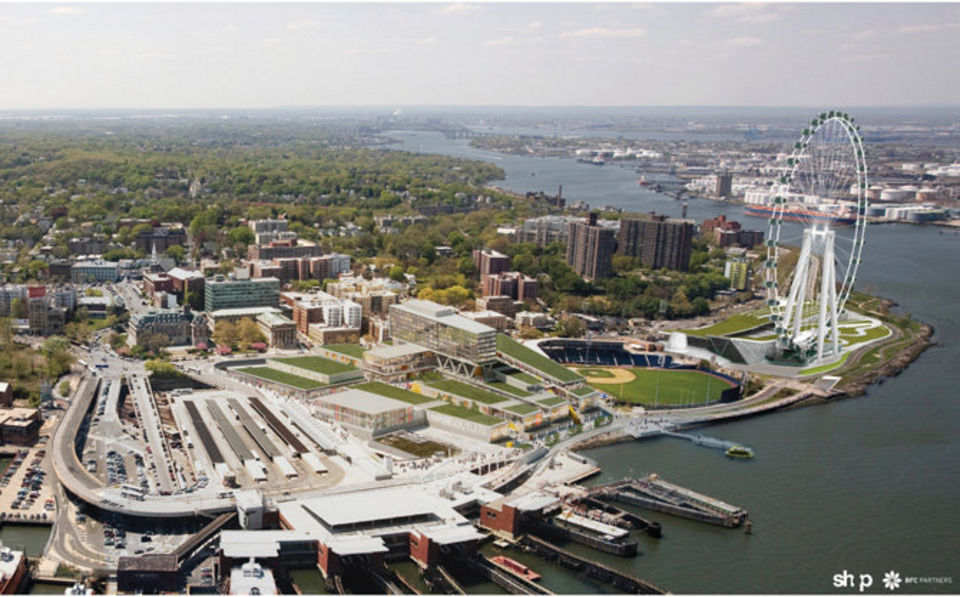 In a new Future Look video released by Empire Outlets, Staten Island’s makeover features an open-air mall with waterfront views, 100+ designer brand stores, and a 190-room hotel next to America’s new NY Wheel. The 630-foot wheel is set to open early 2017 alongside the Harbor Commons. Construction had been delayed due to city department approvals and site preparation. The $230 million Wheel project consists of plans to incorporate spacious walkways, lawns, water and skyline views 60 feet from the water.

There is lots of excitement and a few concerns that have been addressed by the various builders. One concern is parking.  St. George is facing a spacing issue within the community. Currently terminal parking and surrounding neighborhood streets are already overflowing with vehicles during rush hours. Parking lots are being built for 2500 cars

Many locals residents are enthusiastic on the attention that the projects will attract, feeling the privately funded projects will be a plus for Staten Island and Islanders. We are no longer be the forgotten borough. There will be property value increase benefits, increased business for local businesses, more jobs & revenue for residents and revitalization of the North Shore. Other capital projects planned include new bus routes & fast ferries. The North Shore Light Rail is proposed but not currently funded.

All the projects combined are set to create hundreds of construction jobs and thousand of permanent, full-time positions.